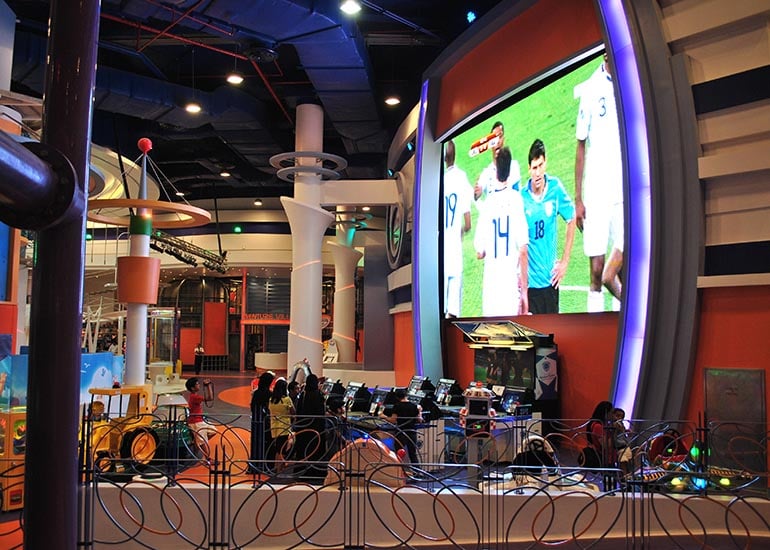 Tamdeen Shopping Centers, owners of Kuwait’s 360 Mall, had an ambitious goal — create a world-class leisure venue that represents the future of luxury shopping.

The owners wanted to create a unique experience that would take full advantage of interactivity and innovative lighting and presentation techniques. The displays had to be fun and imaginative, but they also had to appeal to visitors of all ages and interests — and they had to offer an experience that would keep visitors coming back.

In the Freeze Club arcade, a laser system recreates the Aurora Borealis on a domed ceiling in a unique Arctic environment. The arcade is a major attraction for Kuwait’s teens and advertisers can communicate with them through 15 LCD digital signage systems.

A number of installations presented technical challenges. Custom chandeliers required 3500 strands of color-changing fiber; Gesture Tek technology was widely used to support interactivity and isolated audio zones let customers plug in their own iPods to hear their choice of music.

Sophisticated control systems and media players were required to manage the diverse dynamic content throughout the massive complex. The installations had to ensure reliable operation, long service life and low cost of ownership.

360 Mall has set a new benchmark, raising the bar for luxury retail and entertainment venues in Kuwait by creating a unique engaging customer environment and an exceptional shopping and entertainment experience.

360 Mall has won Retail and Leisure International’s International Shopping Centre of the Year Award, which recognizes the most exciting, imaginative and innovative retail and leisure projects across the globe. 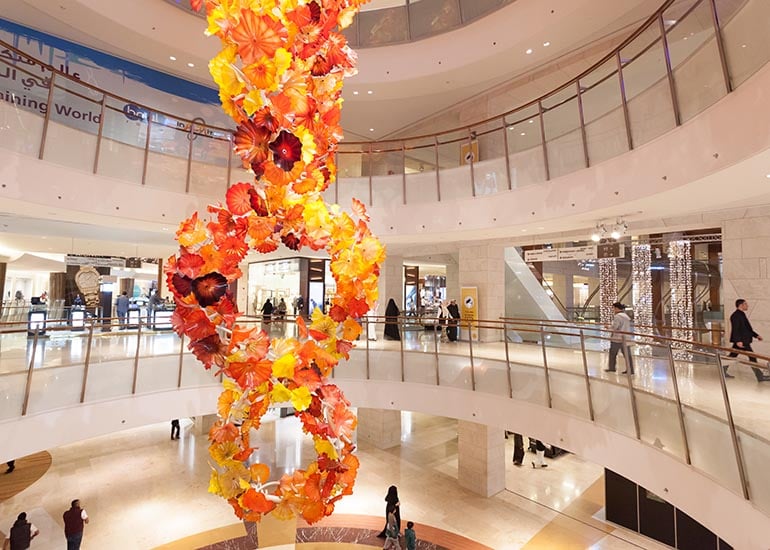 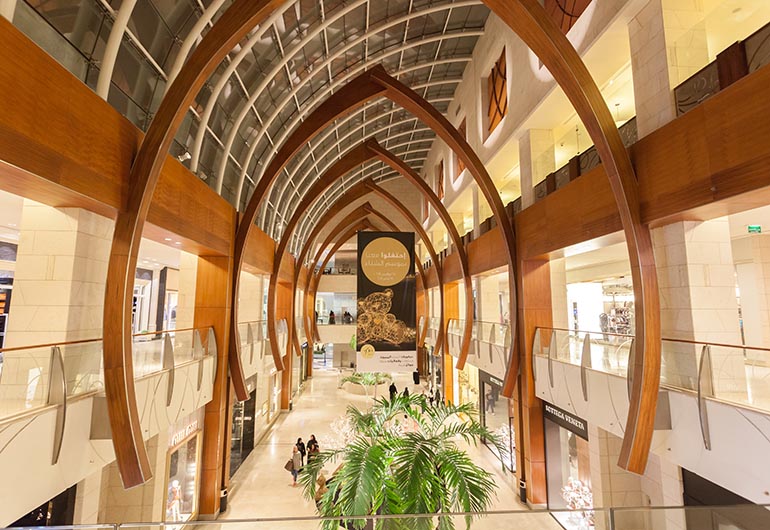 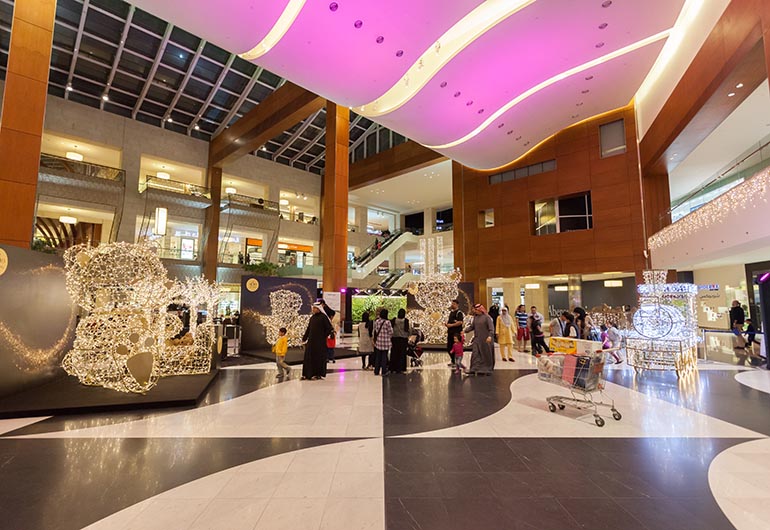