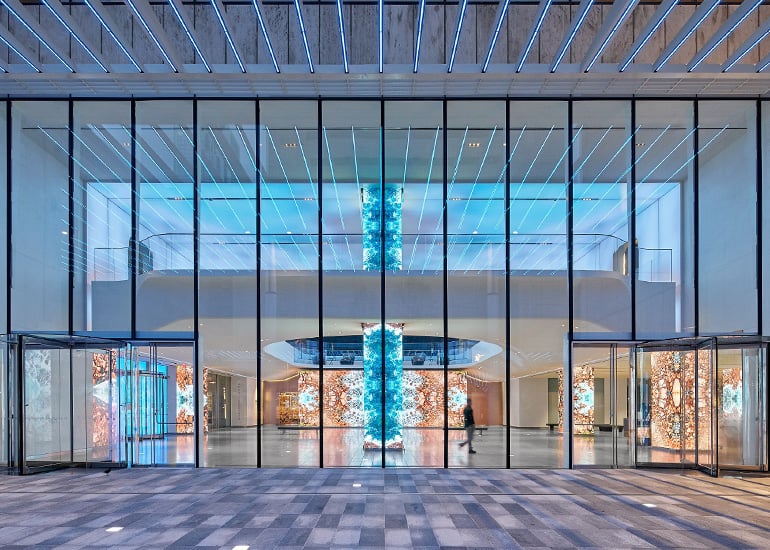 Electrosonic’s audio, video, control system and ICT design for the AT&T Discovery District in downtown Dallas represents a first-of-its-kind transformation of a city district into an immersive mixed-use destination.

The ICT design forms the backbone for stunning technologies like the 104-foot 6K outdoor LED wall and The Globe, an immersive, interactive, 30-foot sculpture. They interconnect with LED columns and video walls in the AT&T Headquarters Lobby and audio, lighting and the digital signage in the food and beverage areas. A broadcast infrastructure and perimeter 3D audio and lighting effects throughout The District create functionality and atmosphere - all interconnected into a seamless, holistic experience. Electrosonic designed a flexible, scalable and comprehensive digital backbone for this massive experiential city district complex that comprises three areas of interconnected technologies - The Plaza, The AT&T Headquarters Lobby and the food and beverage areas.

The Plaza is a large area of lawn where hundreds of speakers are integrated into surrounding buildings to create an immersive sonic soundscape that attracts visitors into the heart of The District.

Dominating the Plaza is ‘The Media Wall’ - 6,700 square feet of LEDs displaying imagery 104 feet high in staggering 6k resolution. Also, within the Plaza is ‘The Globe’, a 30-foot interactive rotating sculpture where a lidar system of sensors detects visitors’ movement and changes audio and lighting in response.

Bordering The Plaza is The AT&T Headquarters Lobby, a highly visual experiential space transformed by eight LED columns, a large three-sided video wall, dynamic audio and a diffused LED lighting veil ceiling. On the other side of The Plaza are food and beverage areas that flow in and outdoors. Jaxon Texas Kitchen and Beer Garden and The Exchange Food Hall feature audio, lighting and digital signage solutions that create unique vendor and guest experiences.

Electrosonic’s ICT design connects all spaces and digital activations into a single control network. This enables content to be distributed simultaneously throughout The District. A broadcast infrastructure enables producers to turn the entire District into part of the show and broadcast live with minimal set-up.

This required deep knowledge of the technologies that would be used to create the visuals, soundscape and the control system for the project. It also required an understanding of complex audiovisual technologies and the telecommunications technology necessary to support it, especially for a project where connectivity is at the heart of the client’s values.

Electrosonic guided the design with cutting edge technology options, advised on the best technology hardware for the specific applications and the intent for the space, created the technology drawing packages and reviewed the selected integrator’s on-site work and final drawings for design intent.

Electrosonic developed the specific hardware technology and system design, then acted as a consultant during the entire integration and build process to ensure the system could deliver the impactful visuals and soundscape designed by Moment Factory and Made Music Studio. Throughout the build process, Electrosonic assisted Gensler to ensure the vision and quality of the activations was maintained and that the experience came to life as intended.

Electrosonic’s ability to provide intensive technology design and consulting supported artists and architects as they created this artful, inclusive downtown experience where technology, culture and entertainment come together. 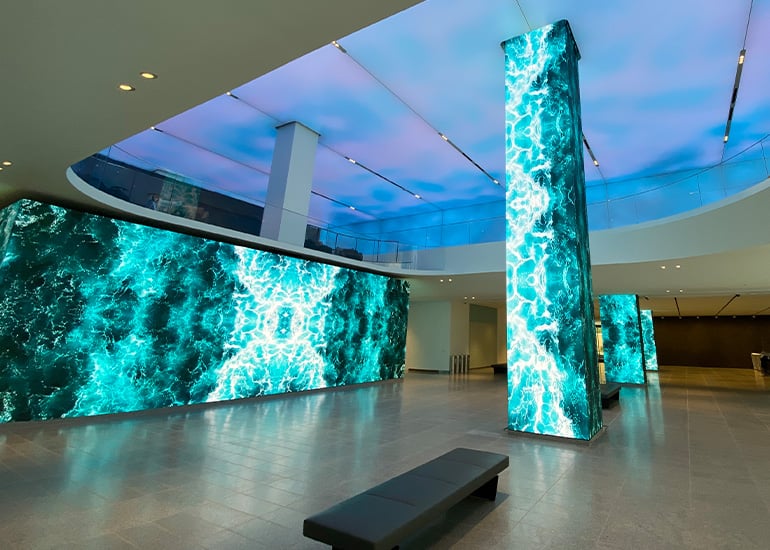 Electrosonic takes pride in how we build cooperation and teamwork with our creative partners. It allows us to deliver white-glove service, be a trusted and conscientious part of the design team and truly collaborate for the success of the project.
Erika Kulbach
Strategic Partner Manager, Electrosonic 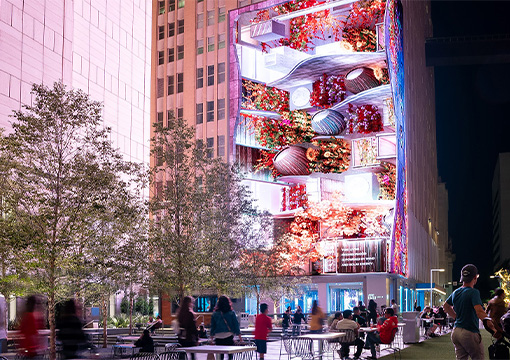 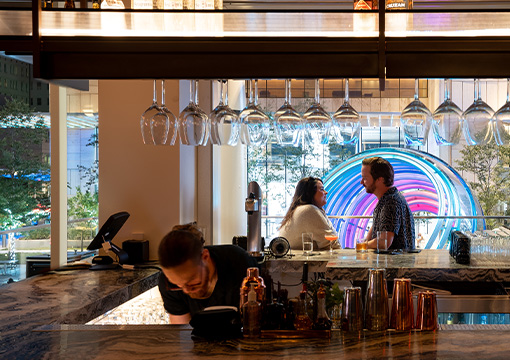 Ambient Atmospheres In Jaxon and The Exchange Food Hall, audio, lighting and digital signage create a great ‘social space’ while 3D audio and lighting around The Plaza attract visitors to The Discovery District experience. 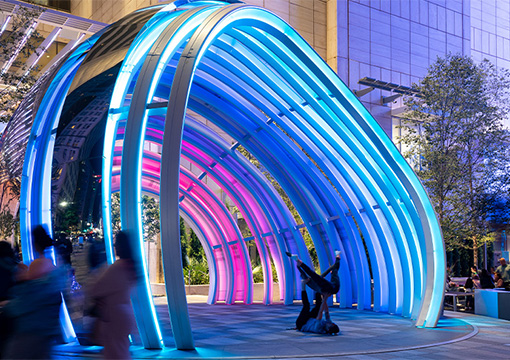 Connected Media An ICT backbone interconnects all spaces and digital solutions seamlessly, enabling content to be distributed simultaneously throughout The District. 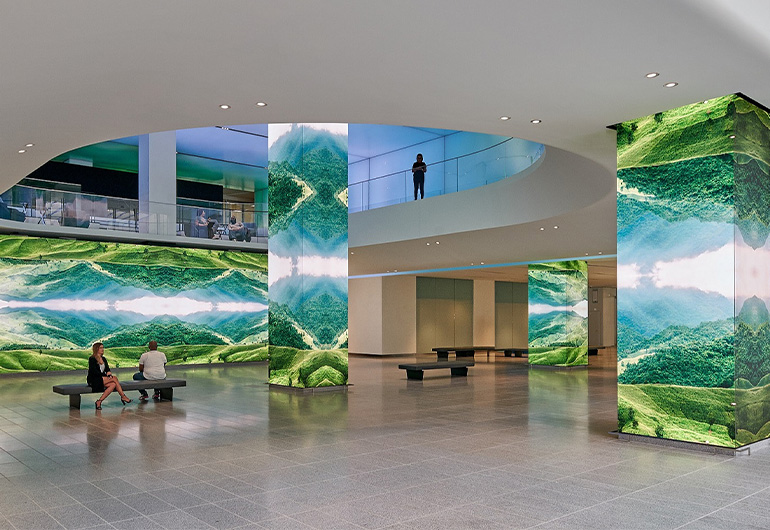