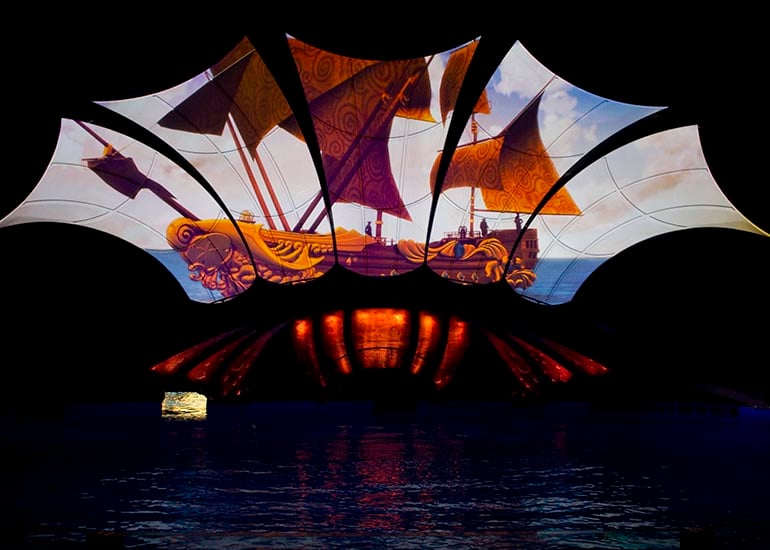 AT&T Dolphin Tales represented the biggest expansion to date for the world’s largest aquarium and demonstrated its commitment to educating the public about marine mammals.

The immersive, multisensory theatrical performance brings together the talents of dolphins, live actors, dramatic costuming and amazing audiovisual effects. The aim — to create a unique memorable experience that would set new standards for live theatrical entertainment.

Electrosonic created a spectacular live theatrical show with dolphin behaviors that taps into the gamut of theatrical technology available, especially digitally-projected sets and backdrops and a high-quality theatrical multi-channel audio system. Electrosonic designed, supplied and installed all the audio and video systems as well as the production’s complex show control systems design.

Electrosonic designed a projection system consisting of seven projectors edge-blended in two stacks of three, plus one on center. The center projector forms a flat image on a screen that drops down over the pool in front of the main set. The other screens are the complex curved aluminium structures shaped like dolphin tails.

A 7.1 surround sound system and mixing console designed by Electrosonic feature onboard snapshot automation that stores audio information on the different actors who rotate into the show. During the show, handheld wireless and wired microphones are mixed live with pre-recorded music tracks.

Electrosonic decided to locate as much audiovisual equipment as possible in the control room, which almost spans the width of the theatre, to protect it from the saline atmosphere of the dolphins’ salt-water pool.

Video, graphics and special lighting effects had to be projected onto tall complex curved screens shaped like dolphin tales. The audio control console had to manage a 7.1 surround-sound system with onboard snapshot automation for actors’ audio information.

The venue has become one of Atlanta’s major tourist destinations, attracting over a million visitors and receiving Best Entertainment/Arts AV Installation in the Pro AV Spotlight Awards. 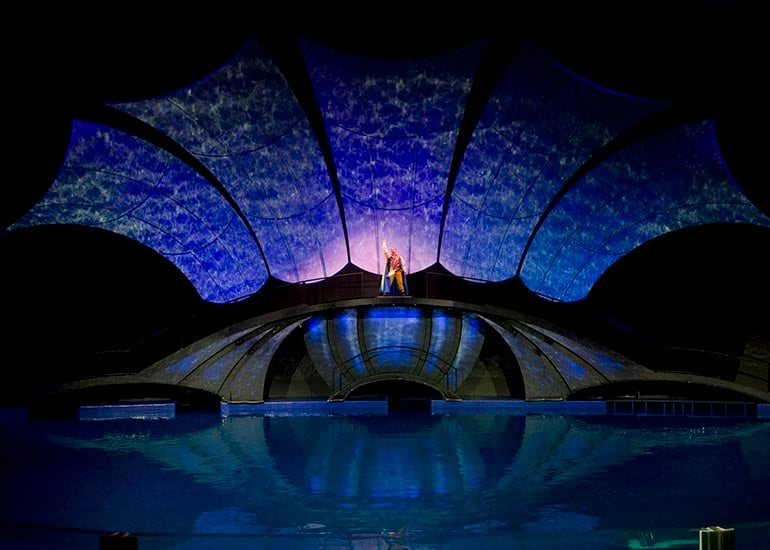 The new gallery and show is an important addition and expansion of Georgia Aquarium’s focus on the care of marine mammals. AT&T Dolphin Tales represents nothing less than the next level of engaging the public to care about these animals.
David Kimmel
President & Chief Operating Officer, Georgia Aquarium 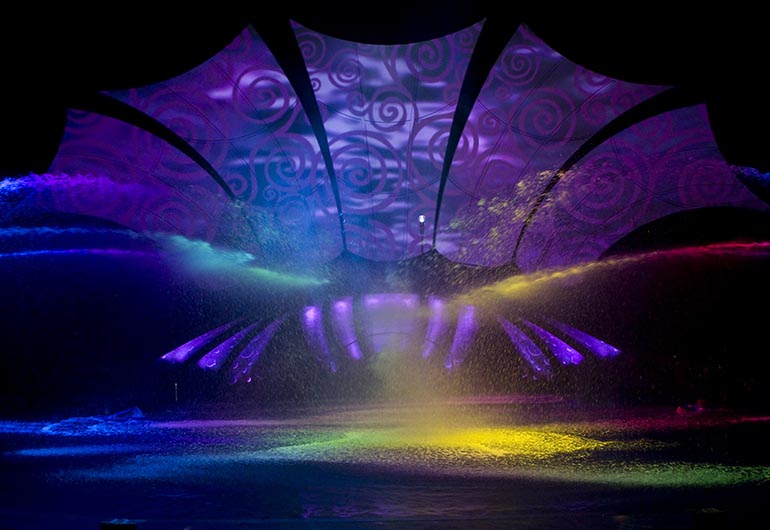 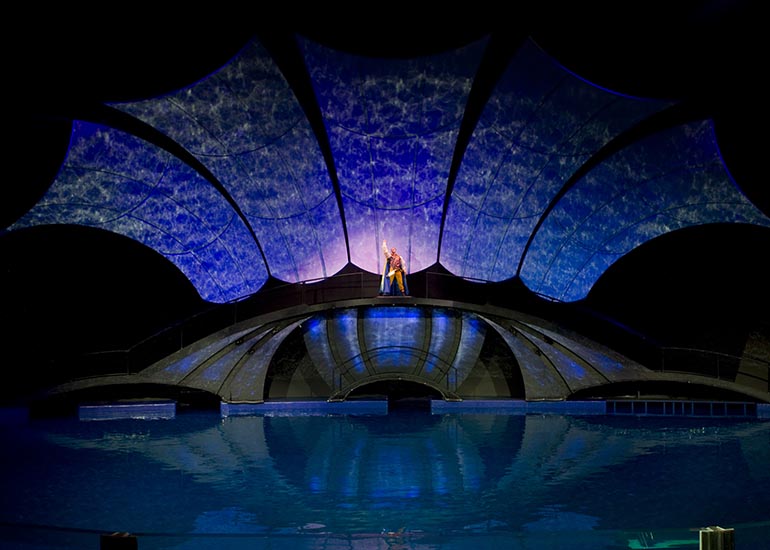