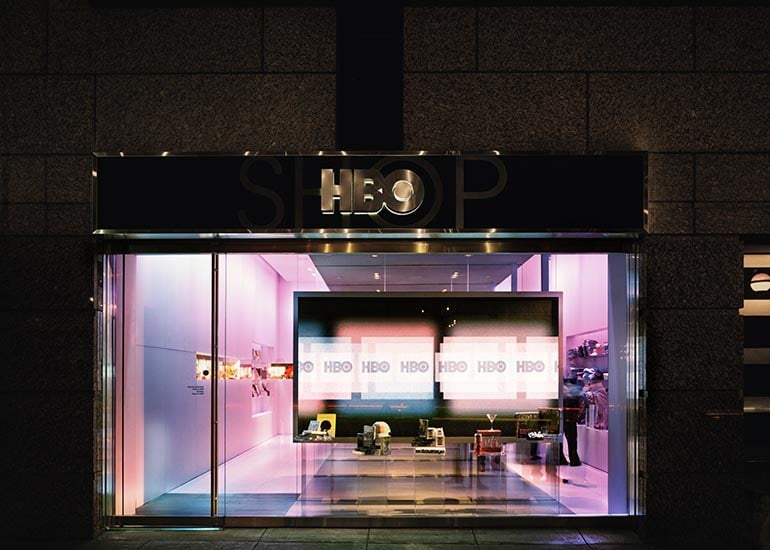 Game of Thrones, The Sopranos, Real Time, Boardwalk Empire – broadcaster HBO has set new standards for unconventional programming. With the opening of a flagship retail store in New York, HBO aimed to raise the bar for retail experience in the same way. Great TV shows sell merchandise but, in a crowded retail environment like New York, every store has to fight for attention.

Electrosonic worked with Gensler Studio 585 to create an enveloping, dynamic media experience that would attract and engage customers, while encouraging them to purchase HBO-related merchandise.

The store is small but expectations are big. So, it was essential that the experience maximized engagement between customers and the HBO brand. A strong street presence attracts customers inside with a stylish, over-the top store that makes its mark on New York.

Some retailers might find it difficult to find high-quality content for their in-store displays. No such problem for HBO because content is its business. When HBO opened its first retail store at the New York headquarters, it was no surprise to find it full of hit-show images that dominate the space.

The whole store has a TV-like appearance. A large glass facade is dominated by a 10-by-5-foot flat-panel display showing excerpts from HBO shows. Inside the entrance are three back-to-back free standing glass walls with TV screens covering roughly a third of their front-facing sides, and merchandise shelved on their back sides.

At the rear of the store two of the walls are designated ‘mood walls’ that carry projected images. Along one side wall and part of the back wall are 20ft banner LED displays that add further animation to the space. The entire video system is networked and is run as a single show playing content at high resolution.

Lighting plays a big part in the appearance of the store, and is programmed to match the mood of the content and the time of day. Audio is selectively derived from the video sources and played through ceiling loudspeakers.

New York expects its shops to be stylish and even ‘over the top.’ The HBO shop qualifies on both counts.

The design aim was to “provide an enveloping, dynamic media experience to visitors and customers in a theatrical and scripted manner, while allowing them to purchase HBO related merchandise.” The challenge was to bring that concept to life by making the store resemble an oversized TV set.

The owners wanted the shop to offer a 3-D experience that lures shoppers in with specially edited HBO content that can’t be seen anywhere else, together with exclusive merchandise that’s tied to the company’s shows.

Success in retail is not just about products or location; it’s about the relationship between a brand and its audience. The HBO Shop leverages the strength of its TV content and the architecture of the retail space to create an experience that maximizes engagement between the HBO brand and its customers. 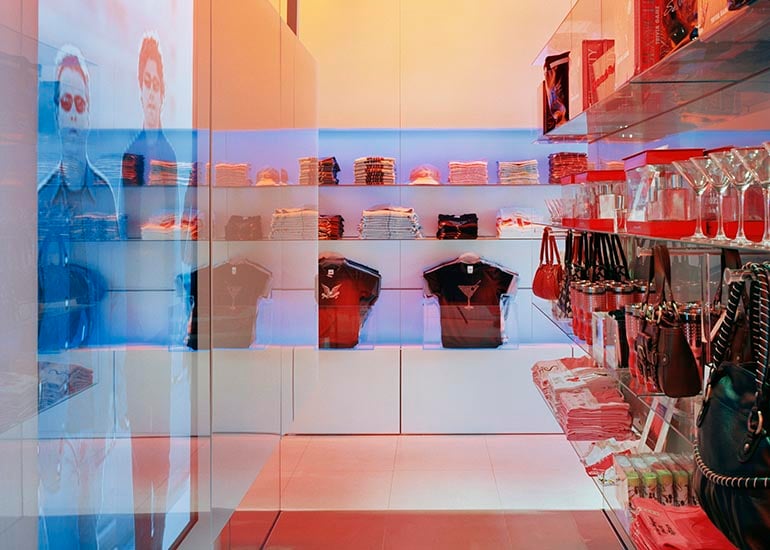 In the spirit of HBO’s tagline ‘It’s not TV, it’s HBO,’ the new HBO store is a bold and unique brand experience.
Gensler's Head Architect for HBO Shop 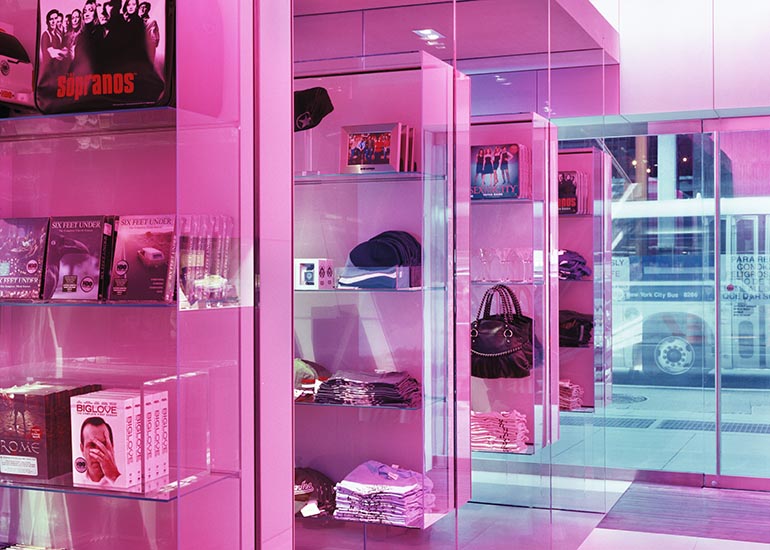 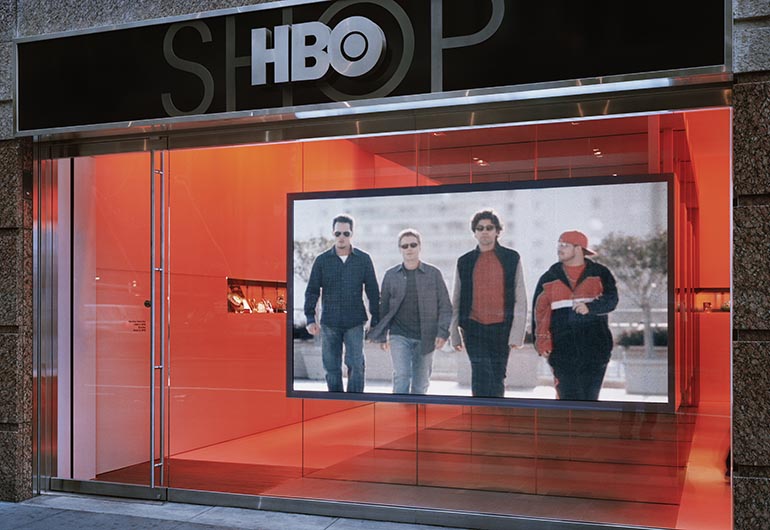