Why You Should Visit Electrosonic at IAAPA Expo 2022

The global attraction’s industry premier event, IAAPA Expo 2022, heads to Orlando this November. The expo brings together the industry’s key stakeholders for inspiration, fun and innovation. Its host city, Orlando, is the ideal place for such a gathering, given its reputation as the themed entertainment capital of the world.

Electrosonic is excited to attend and exhibit this year, with their booth located in the 'Show Production and Design Pavilion' - Booth #1365 from November 15-18 at the Orange County Convention Center.

A Year in Review: Company Highlights and How Electrosonic Is Growing Its Themed Entertainment Core

IAAPA is the premier event for theme park and attractions professionals, and is the time of year where all of the industry players are all in one place.

Electrosonic has so much to share with customers, partners and others in the industry. Let's dive into a roundup of the last year at Electrosonic and a sneak peek at what to expect at the Electrosonic booth this year.

One area of focus since last year’s IAAPA is the company’s investment in facilities to support customers and partners world-wide. The organization moved into a massive new Orlando Headquarters in September. It includes 34,000-square-feet of office space for engineering and project management as well as production and warehousing. Additionally, the company modernized its Burbank location. This enables the business to be bi-coastal and meet the needs of customers throughout the country.

Another development from the past year was Electrosonic's growth of its managed on-site support program, AFFINITY On-Site Managed Service. Electrosonic’s leaders knew that on-going maintenance was becoming a pain point for those in the themed entertainment industry. Many in the field were struggling with managing uptime, reducing burdens on their IT and AV support teams and reducing costs associated with experiential systems.

While continuing to grow the program, Electrosonic commissioned a Forrester Consulting Total Economic Impact™ (TEI) study. The findings demonstrated a 139% ROI for those organizations in the study, reducing the challenges of ongoing support for large-scale AV projects.

It’s also important to note that Electrosonic is only one part of the amazing teams that come together to create experiences that theme park visitors love. With an extensive list of Technology Partners that cover every aspect of AV technology, this ecosystem includes content creators, hardware manufacturers and more.

The organization’s technology partner network has grown extensively over the last year and become tightly focused on bringing even more innovation to the latest themed entertainment experiences.

It’s through this collaboration with esteemed technology partners that Electrosonic can deliver integrated, scalable immersive experiences.

In January of 2022, Ewan Smith became the President and Managing Director of Electrosonic. He previously held the roles of U.S president and global chief revenue officer. Smith brings the leadership needed to take the company forward in innovation, creativity and strategy.

His successes in driving revenue and his solid background in the AV industry makes him a great leader for all the exciting opportunities ahead. Some of those substantial improvements include repositioning the company to be future facing and resilient during the post-pandemic surge in the market. Recognizing the high demand, Smith has been instrumental in Electrosonic’s ability to provide world class projects for the themed entertainment industry.

Recent Projects on Show at IAAPA

Electrosonic completes hundreds of projects each year, but below are small sampling of recently completed projects, for a more complete list this can be found on the Resource Hub. 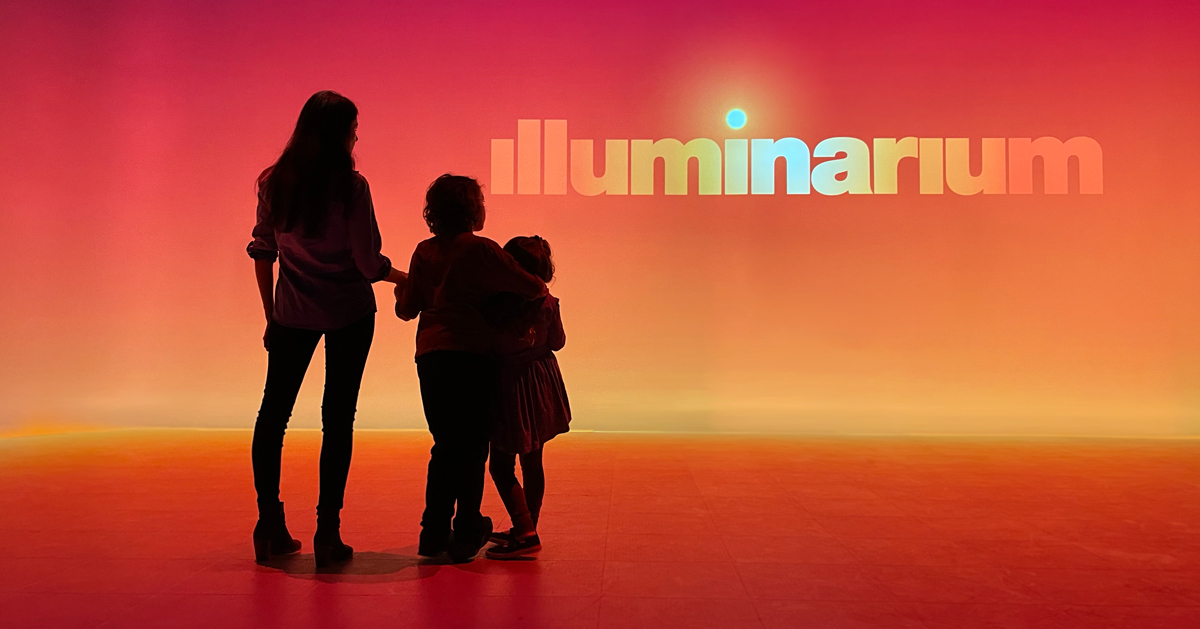 New York City has a new experience—Summit One Vanderbilt. It welcomes guests to 26 unique spaces. Those include a 180-degree theater to start. Visitors can then use 3D custom facial scanners before they head to the top. Once there, they engage with multi-sensory features at Transcendence. The final stop is Unity, where those scanned images can display on a 50-foot-long floor-to-ceiling video wall, seeing what it would be like to float among the clouds. 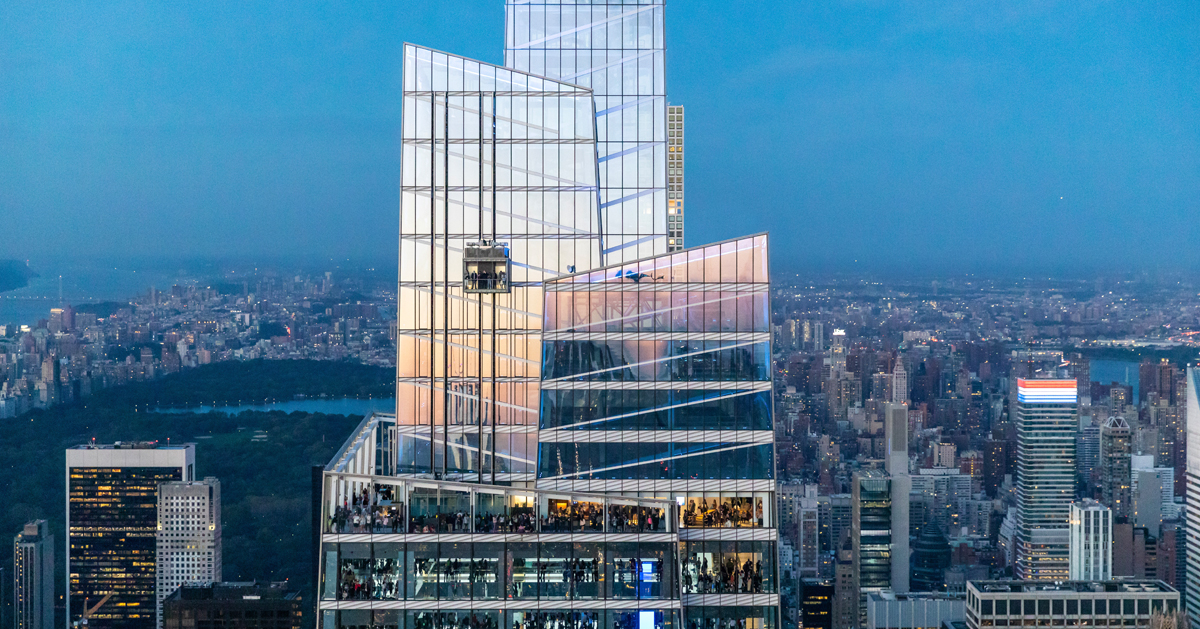 The Social Lab at the Museum of Tolerance

The Museum of Tolerance in Los Angeles, California opened the Social Lab, covering 10,000 square feet. Visitors experience the landscape of prejudices and social issues through immersive technology. The space includes Point of View, a four-sided glass cube, The Forum, an interactive touchscreen exhibit to debate critical issues, the History Wall with 20 touchscreens representing diversity through the years, and Global Crisis, 12 table touchscreens that provide dynamic experiences. 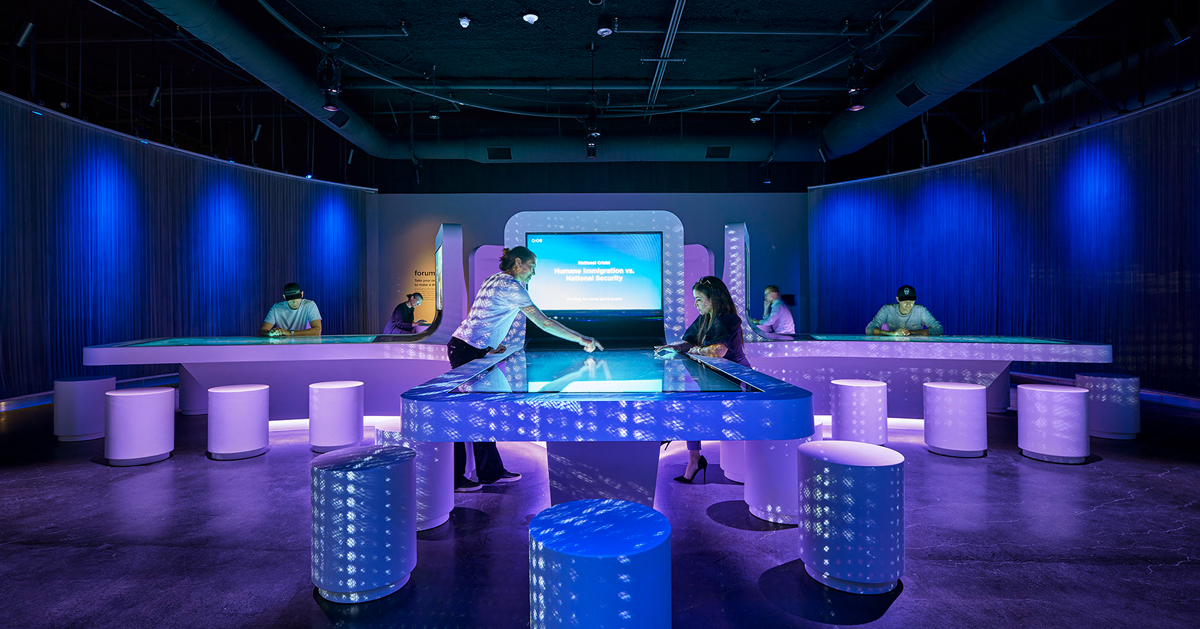 The historic Willis Tower added a new feature with Skydeck Chicago. It tells the city’s story through interactive elements, soundbites, animation, motion graphics, lighting and special effects, video and physical models. A massive LED wall delivers the architectural skyline, and The Ledge is the most exciting part. This glass balcony projects from the building and greets visitors with interactive displays, videos and motion graphic animation. 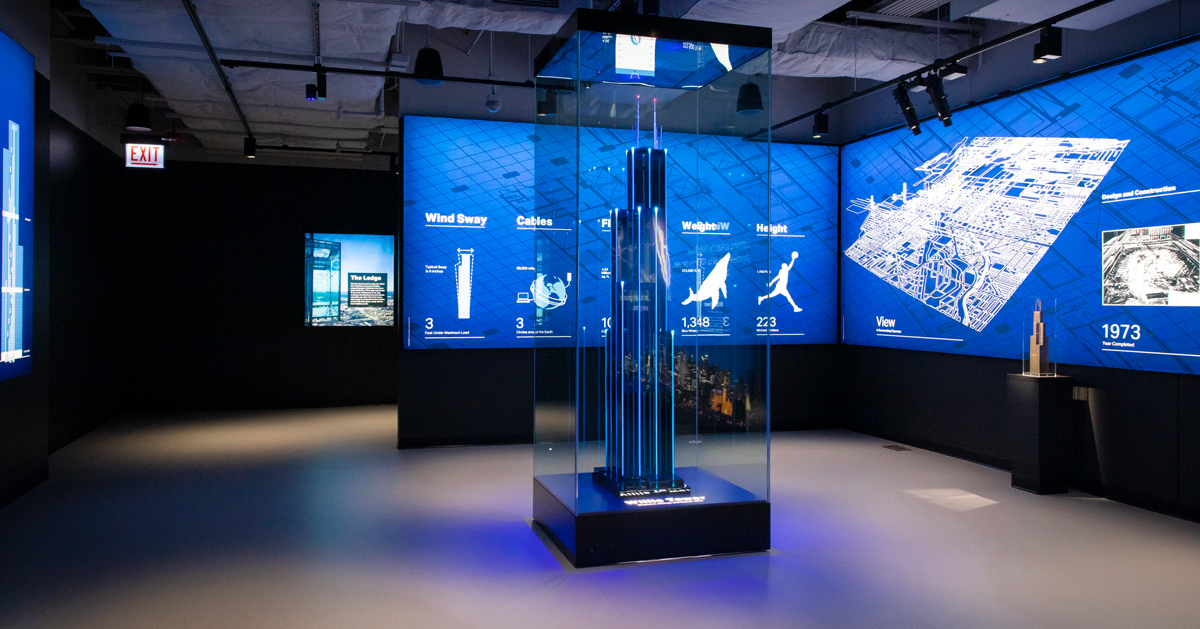 The First Light Pavilion is a spectacular new exhibition space at the Jodrell Bank visitor center in northwest England - the site where scientists discovered and developed radio astronomy. The immersive exhibition tells the history of radio astronomy and its impact on knowledge of the universe through video, audio, complex projection mapping, multi-touch displays, special effects and interactive exhibits that trigger content projected onto a ‘Radio Sky’. 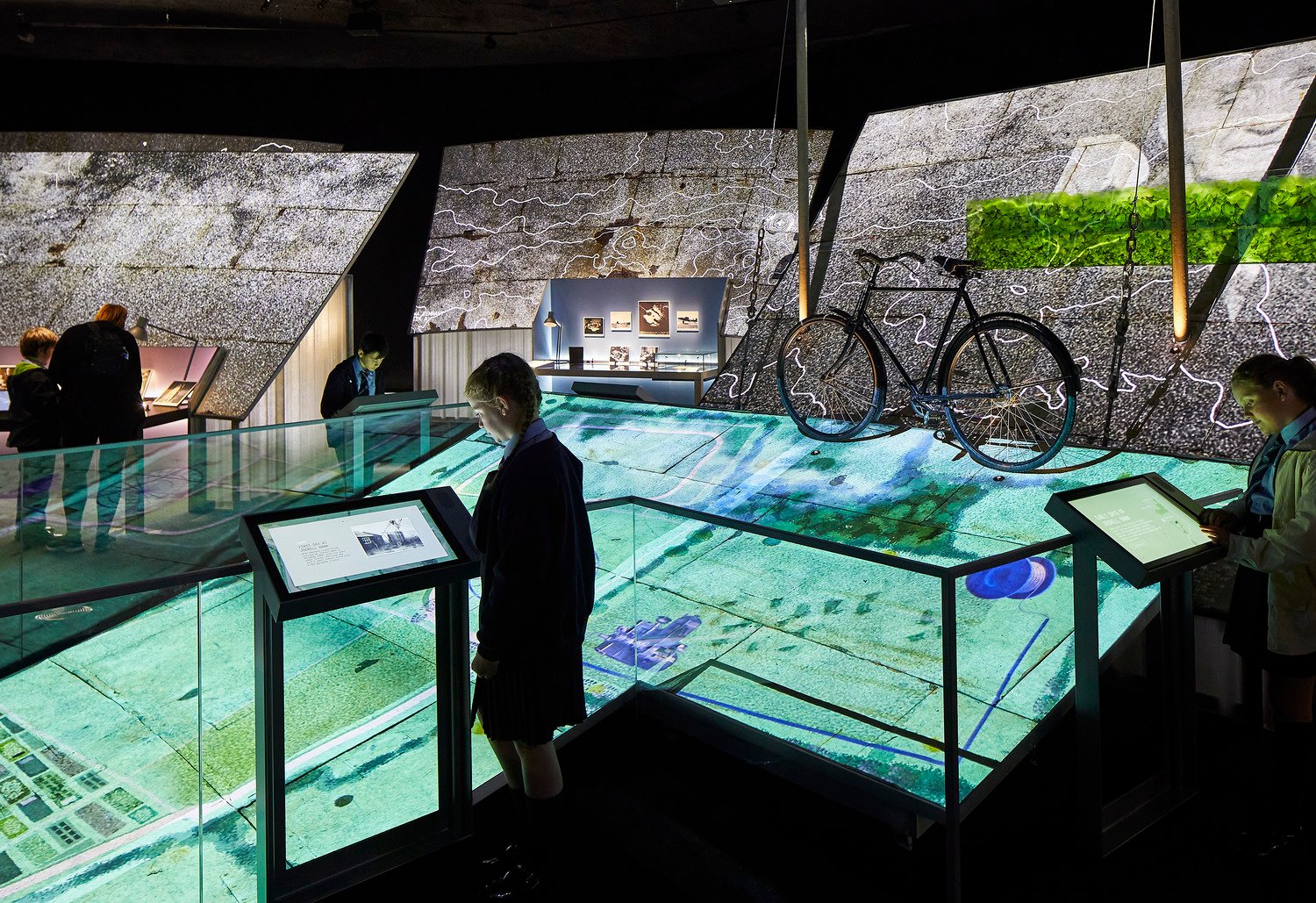 Electrosonic worked in partnership with the Imperial War Museum, RAA, Casson Mann and project managers Fraser Randall, designing the complete audiovisual, control and network infrastructure systems. The result is two world-class exhibition galleries that blend storytelling and technology to convey the complexity and interdependency of those global events. 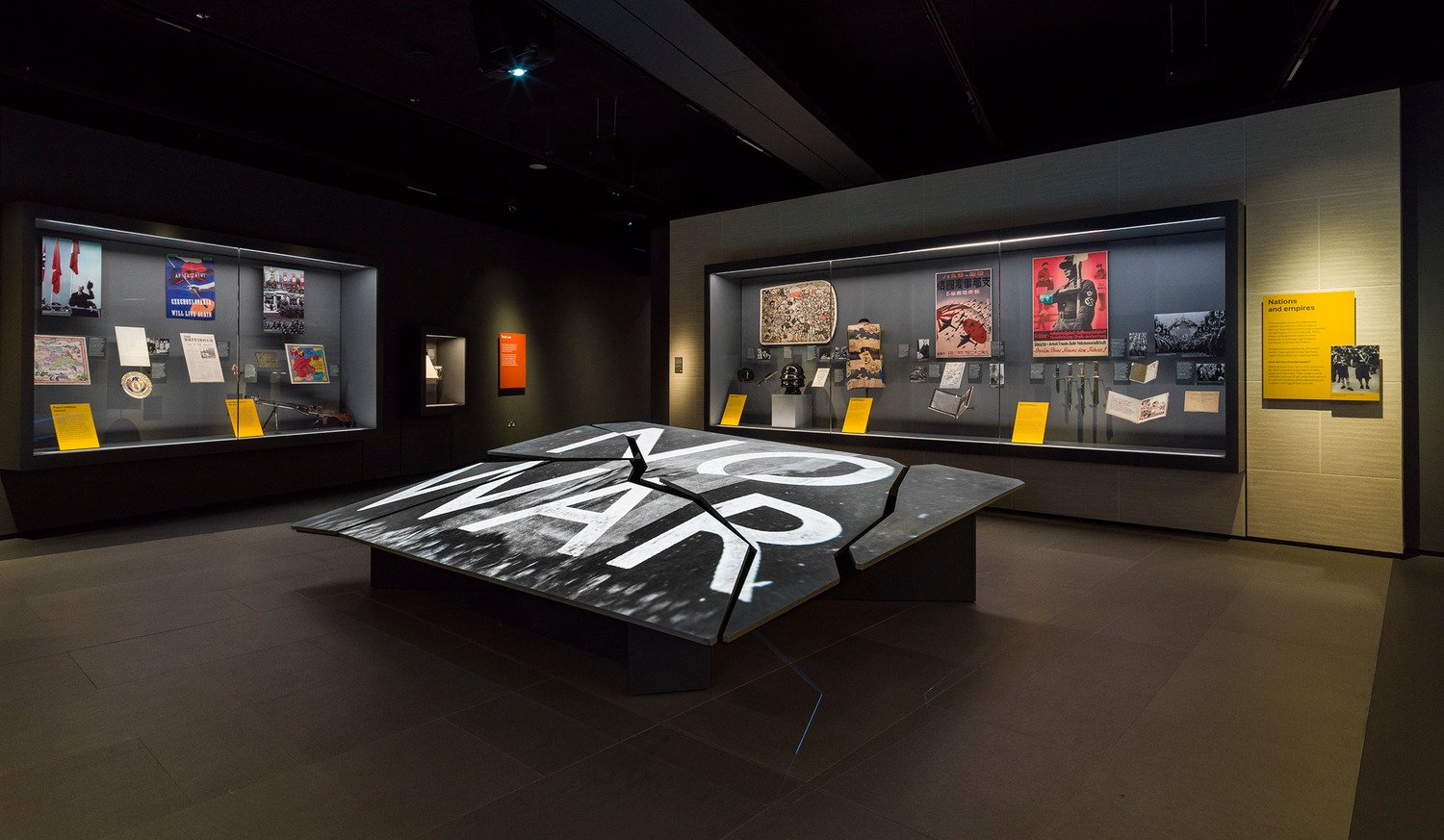 The ICX Association Elevate Awards honor individuals and organizations that use technology to “elevate” customer experiences. In 2022, Electrosonic was honored with the Best Retail Interactive User Experience for work on the Orbit, HBO Max Retail Experience. The installation is an interactive digital signage experience that uses facial tracking and voice recognition technology to share clips from HBO Max’s content library in response to visitors’ movements or words. Electrosonic supported its partners with visual hardware technology integration. As an AV designer and integrator, the organization always focus on creating the best user experiences, so this win demonstrates that commitment.

The Integration Awards and Digital Signage Awards highlight the work of commercial integrator teams that build and engineer world class AV systems. Behind the scenes of these spaces, technology is driving the experience, requiring sophisticated integration to ensure uptime and availability. The awards include three categories: installation, customer reaction and solution.

This year, Electrosonic took home the Best Immersive Experience Project for work on Illuminarium Atlanta, Best Large Venue Project for Summit One Vanderbilt, and Best Museum project for The Social Lab at the Museum of Tolerance.

The AV Awards are the most prestigious in the industry. Electrosonic received numerous honors over the years, and in 2021 won 2 AV Awards within the sector categories for:

In 2022 Electrosonic had Six Projects on the Shortlist, with winners to be announced on November 4.

The Telly Awards recognize content within television and across video for all screens. This year’s theme was A New POV, illustrating the changes in the world and content creation. These prestigious awards receive thousands of entries every year, and Electrosonic earned six awards this year with video content for these projects:

The Future of AV Technology for Themed Entertainment

There is a substantial amount of buzz about what the next generation of themed entertainment and AV will produce. The industry is now maturing but also full of innovation and advanced technology. Tracing the roots of the field and where it is today is astounding, considering the timeframe has only been a few decades. Electrosonic is excited to continue to push the boundaries of human experience to bring excitement to guests around the globe. 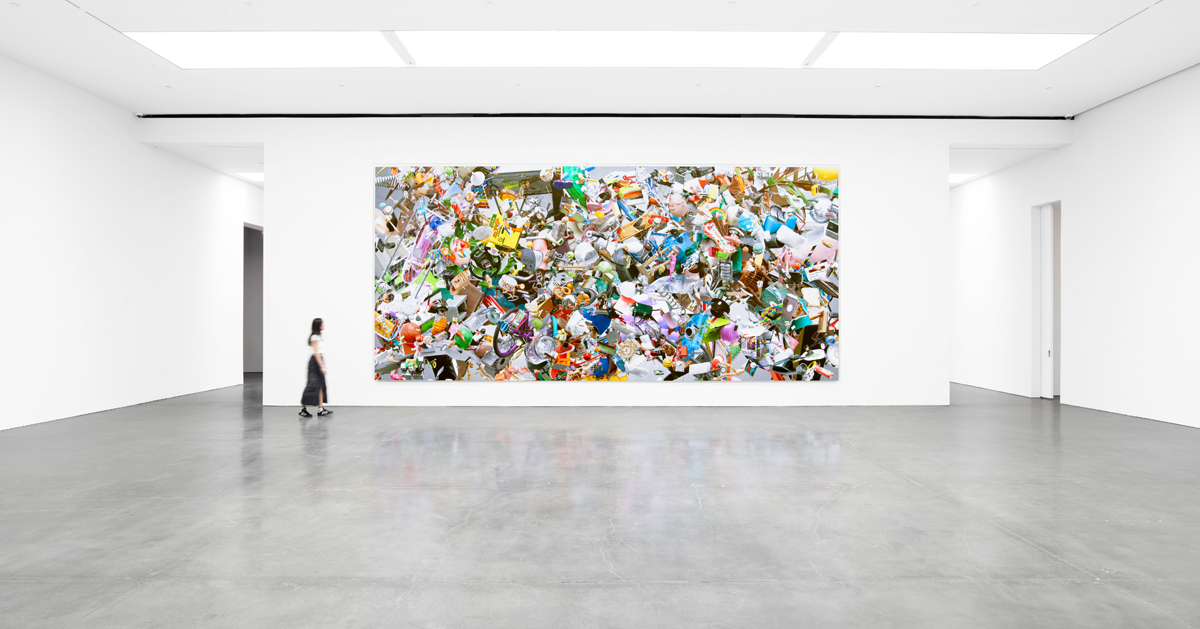 Explore the Next Generation Possibilities of AV

While at IAAPA this year, don’t forget to visit Electrosonic at booth #1365. You’ll be able to grab a delicious latte or other beverage from baristas. The team looks forward to meeting you and exploring what’s next in AV. You can also schedule a Complimentary Charette Session to get ideas and inspiration moving for your next project.

Can Upgrading Your Attractions Technology Now Save You Money in 2023?

Why You Should Visit Electrosonic at IAAPA Expo 2022