The award-winning Europa-Park is the largest theme park in Germany, and one of the most popular theme park resorts in Europe. Since 2014, Europa-Park has been named the world's best amusement park by the Golden Ticket Awards. Located in the South-Western Germany town of Rust, the park opened in 1975 and now annually accommodates roughly 6 million guests.

In November 2019, Europa-Park opened its water park Rulantica transporting guests to a mysterious island, including the introduction of a new cast of park characters. As part of bridging the original 40-acre Scandinavian themed park with its new mythical water adventure, Europa-Park introduced its Snorri Touren ride. As Europa-Park’s first big splash in the growing world of dark rides.

“Snorri Touren is unique because it is a fully-grown dark ride, yet on a very small scale. You have a lot to see inside,” says Patrick Marx, production manager of Europa Park. “Our goal was to make a family attraction using state of art technology. Electrosonic helped us to bring in expertise, bring in technology and a new approach.”

The resulting Snorri Touren is an impressive, innovative and immersive dark ride that lasts four and a half minutes. However, the entire ride is packed within the confines of a 500 square meter space. A feat the team accomplished by leveraging a great deal of technology including projection techniques that have never been deployed before on this scale.

The ride is deeply rooted in the same Nordic theme utilized throughout the new water park Rulantica, where Snorri, a cheeky octopus, is one of the new main characters. The concept of the ride is for the park guests to experience a high-level story board of the character Snorri as well as an introduction in each area to the rest of the characters including trolls and mermaids in the world of Snorri.

Thanks to the magic of audiovisual and immersive technologies, this dark ride has visitors riding in boats to travel throughout the seven themed scenes recreating the fascinating and mysterious Scandinavian world of Rulantica.

At many points throughout the ride, Snorri’s head is video mapped to interact with visitors as they pass. Using the classic Peppers Ghost technology magical trails lead guest through each scene of the ride, this was challenging because of the size and shape of the enclosure.

In the party scene, the multi-track audio is split into directional individual tracks so that the drums appear to come from Snorri who is playing them and the main vocals which come from animatronic trees.

The team also did a phenomenal job extending the experience beyond the ride itself.  For instance, as visitors move throughout the queue line, Snorri pops up in a barrel then seemingly disappears and reappears in a diver’s helmet. In addition, Snorri and many other characters appear to follow visitors seamlessly around the ride from scene to scene.

Among the most impressive features are the two immersive domes that use single projector hemispherical lens dome projection to create the type of effects and experience normally only found on large-scale flying theatres.

To achieve the same effects on a much smaller scale, Electrosonic used Epson projectors with an ultra short-throw lens. The snorkel lens eliminates distortion and ensures high-quality large-screen projection from a very short distance.

This type of projection simplifies projector placement and enables projection onto surfaces that were previously considered impossible. Although there is no brand-new technology, the use of ultra short-throw projection was a new technology for the park.

Electrosonic also introduced video squinching to the park. This special effect was used throughout the ride and was really effective. Squinching is an approach to immersive 3D imaging technology that requires precise triggering – in extreme applications it is a millimeter-by-millimeter, frame-by-frame process. Electrosonic was able to match images to the position and motion of the viewer so they have a realistic experience of traveling through the 3D world projected around them.

Special features like the video mapped waterfall and the immersive video domes are the highlight of the ride. Every element in the ride incorporates multiple audiovisual disciplines, so it always creates an engaging experience for visitors before and during the ride.

Building any ride that stands out on its own in today’s highly competitive environment is always challenging. Of course, each design has its own set of obstacles. In this instance, the size constraints were undoubtedly the biggest challenge. After all, truly immersive dark rides are usually located within a much larger footprint. The aim was to fit seven separate themed zones featuring huge amounts of uncompressed 4K content into a limited space.

As well as creating the seven zones, it was essential to ensure effective audio separation and mixing between the scenes to create a series of distinct experiences within a seamless journey.

From a production and control perspective, the system had to cope with a very large amount of monitoring and high volumes of UDP messages. To maintain the seamless flow of the journey, a large number of animatronics had to be synced to precise triggering. 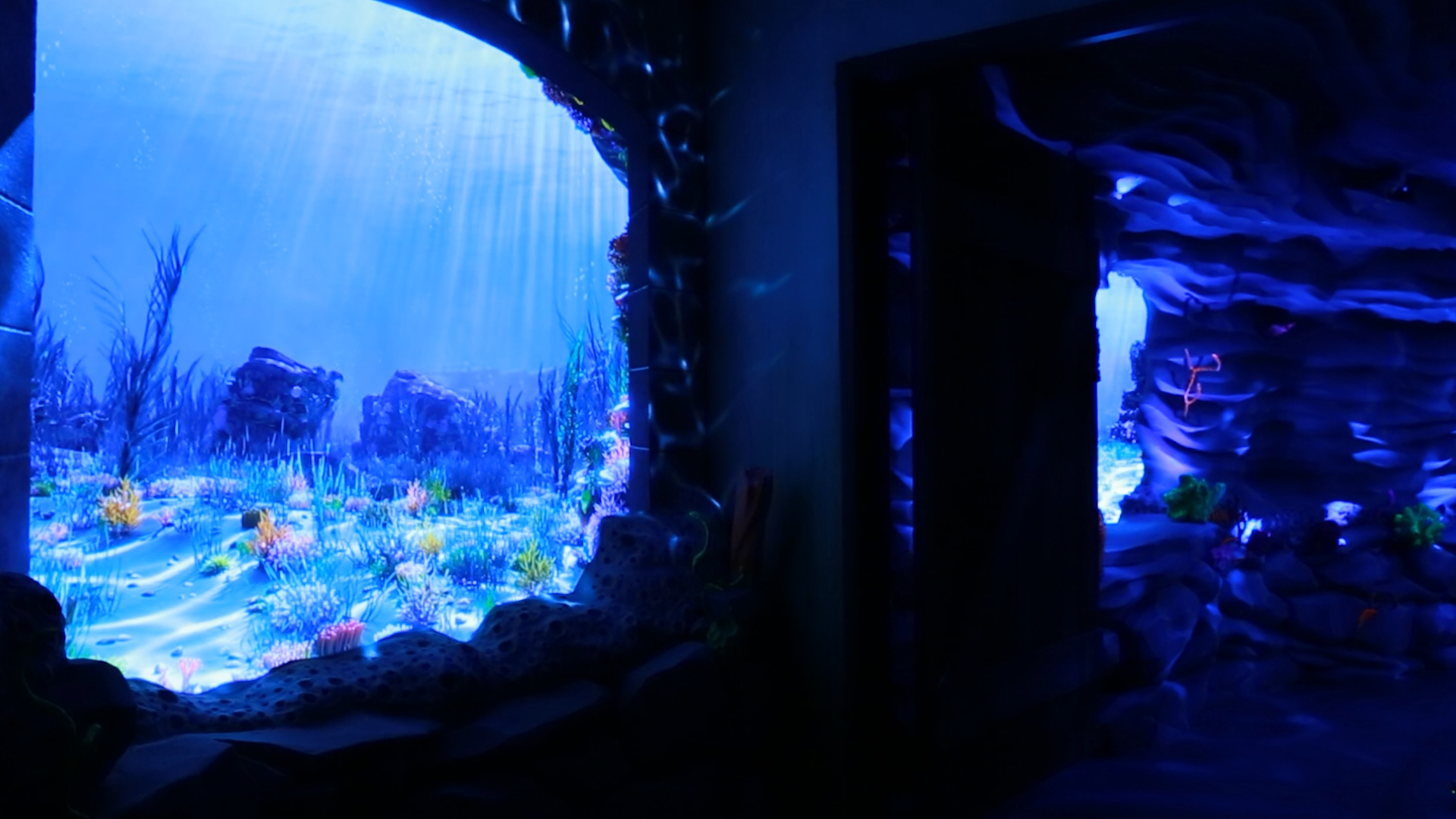 Electrosonic developed innovative projection mounting solutions to overcome space and access limitations while maintaining projection quality. To cope with the vast amounts of information, the team developed special programming techniques and used the scalable Q-SYS audio, video and control ecosystem as a major component in integrating the many separate elements of the ride.

It takes a village

Europa Park brought Electrosonic on board as it needed an experienced, trusted contractor capable of pulling all the elements together seamlessly. In every element of building the ride, other trades were involved, which understandably had a direct affect to what, where and how we would be implementing our systems. Since our system would be controlling everything (video, audio, lighting, animatronics, ride control, building management), we had to ensure the best engineers were on the ground to be able to cope with this high pressured and fast paced environment.

Bottom line, Snorri Touren demonstrates the potential of audiovisual and immersive technologies to maximize the potential of limited spaces and create amazing experiences. Collaboration between partners with creative, set building and audiovisual engineering skills ensured a seamless solution that brought the designers’ vision to life. The ride has added an attractive new dimension to Europa Park, voted ‘Best park of the year’ six times by the Golden Ticket Awards.

Are you interested to take your next project to new levels? Electrosonic can help. With over 55 years of experience creatively leveraging technology to fuse storytelling with architecture, Electrosonic has the ability to help you reach your goal regardless of any obstacles. Click here to learn more.

Bryan Hinckley, Electrosonic’s Global Vice President of Immersive Experiences, builds on 20+ years’ experience creating memorable experiences through innovative technology. He writes with an expert eye on the continuing importance of focusing on the story, guest experience and quality of customer service, regardless of technology changes.

What You Need to Know About Control Rooms [New Podcast]

The Future of Waiting for Your Turn: Crowd Management in the New Normal and Beyond