The History of Theme Park Innovation: How Bold Roots Have Grown into Remarkable Experiences

The themed entertainment industry is one that knows how to leverage cutting-edge technology to deliver memorable experiences – but it didn’t reach its current heights without the willingness to take some bold leaps of faith.

And those risks weren’t confined to smaller players looking to make a name for themselves in the world of theme parks and themed entertainment. Some of the industry’s true juggernauts, such as Disney, have been leaders in the march toward powerful innovation, as well.

Let’s go back in time to explore the relationship between leisure and innovation, which forms of innovation are possible, where technology has the greatest impact, and which services technology integrators and experience designers like Electrosonic offer today that are set to help themed entertainment surge back to the forefront of entertainment and memorable experiences. 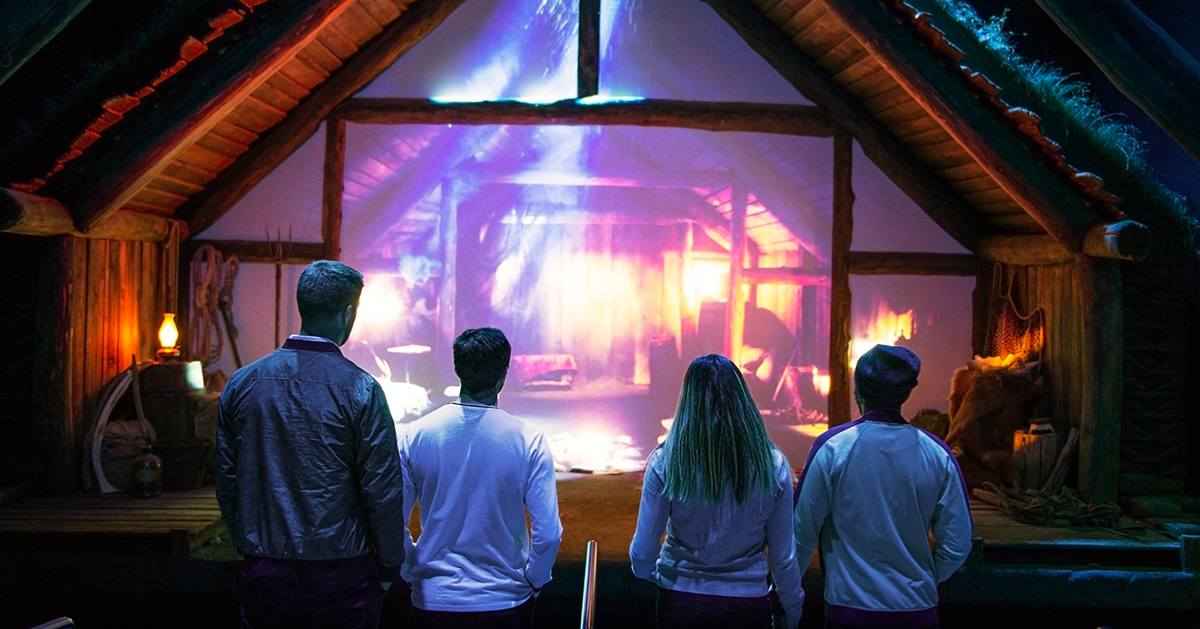 Successful entrepreneurial stories often start with a strong business idea or concept, and the genesis of many innovations for theme parks and attractions is no different. Themed entertainment experiences often start with a basic idea that engaged a local audience to visit a place, enabling them to invest in greater expansion after taking care of that community market.

This highlights a central fact about the industry – technology and innovation are not just aspects of an overall development budget, but an important value and core cultural commitment for successful leisure enterprises.

The period from the 1950s through the 1970s brought about a core era for growth in the contemporary theme park industry, as a strong American middle class was being established and personal transportation became a common good.

The baby boom following the second World War guaranteed a large number of families seeking to spend time together, and expanding labor rights allow for more free time to do just that.

Finally, long-distance travel options and new forms of transportation, such as passenger air travel, grew in importance, making new destinations accessible. This mix of ideal economic conditions, combined with innovations during the time period, formed a perfect foundation on which to build the modern theme park concept to be developed.

A similar “perfect storm” unfolded in Europe, with new innovations and attractions reshaping pleasure gardens and driving new experiences. Unique offerings were key to transporting families to worlds of imagination and wonder, but also to attracting audiences from further away. Before large attractions became the norm, concepts were introduced, and smaller innovations and storytelling were at the core of what would later morph into the iconic skylines we recognize at the theme parks and attractions today. 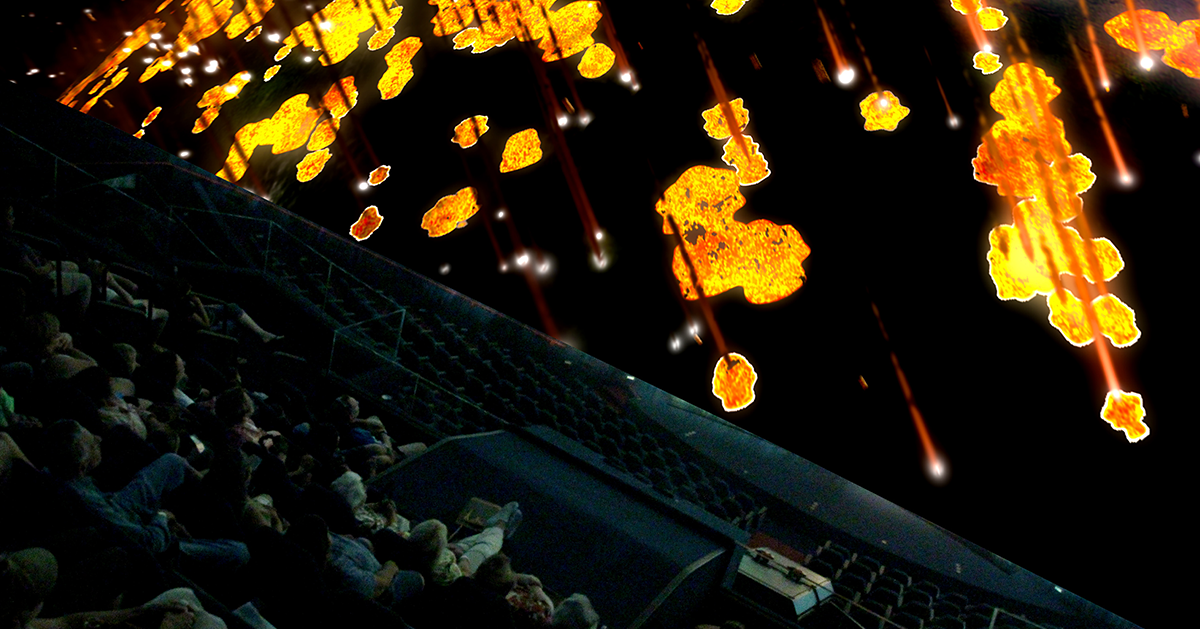 Examples of Themed Entertainment and Leisure Innovation Over the Years

Disneyland, Anaheim, USA
The success of the leisure industry, in many ways, mirrored Disneyland’s development in the 1950s. Announced in front of a television audience by Walt Disney himself, the park had to meet and exceed high expectations when it opened in 1952.

A continued sense of innovation and a desire to “plus” the park, combined with the shared philosophy that “Disneyland will never be finished,” led to many improvements that have continued to make it a source of inspiration for the global leisure industry today.

The combination of an authentic, themed park, powered by Disney’s global movie franchises, impressive quality, theming, innovation and storytelling, has led to the most popular theme park concept to date.

Here are some of the key technology and business innovations Disney has brought to the industry:

Universal City, San Fernando Valley, USA
People have always been inspired to take a peek behind the scenes in the film industry. Initial studio tours have now evolved into a full-scale, movie-themed park that helps visitors get a feel of what film industry is about.

Universal Studios opened as a theme park in 1964. Combining movie technology and advances in technology with visits to authentic film sets drove the initial success of this living movie city, and it continues to be a driver for theme park innovation around the world.

Here are some of the key technology innovation stories from Universal:

Efteling, Kaatsheuvel, Netherlands
It was on a peaceful spring day in May of 1952 that Efteling first opened its doors on the fields of a public sports park. In many ways, Efteling was a pioneer in the development of the European leisure landscape, but it all started with a strong vision between creative designer and painter Anton Pieck, filmmaker Pieter Reijnders and the mayor of the city of Kaatsheuvel.

That perfect match between storytelling, innovation and business opportunity drove key innovations like:

Europa-Park, Rust, Germany
The Europa-Park success story started after a tour of the U.S. by founders Franz and Roland Mack in 1972. Inspired by what they saw in the States, they shared the opinion that a theme park with attractions for all ages would be ideal to complement their Mack Rides business.

At the same time, they wanted their park to become an exhibition space for innovative rides systems other park developers would want to visit. While the other German parks were focused more regionally, the Europa-Park concept was envisioned to attract a wider audience from the start.

Among many reasons for the continued success of Europa-Park was the continued sense of introducing new ride technology and innovations to the park, combined with offering high-quality, highly themed environment.

Here is one of the park’s key technology innovation stories: 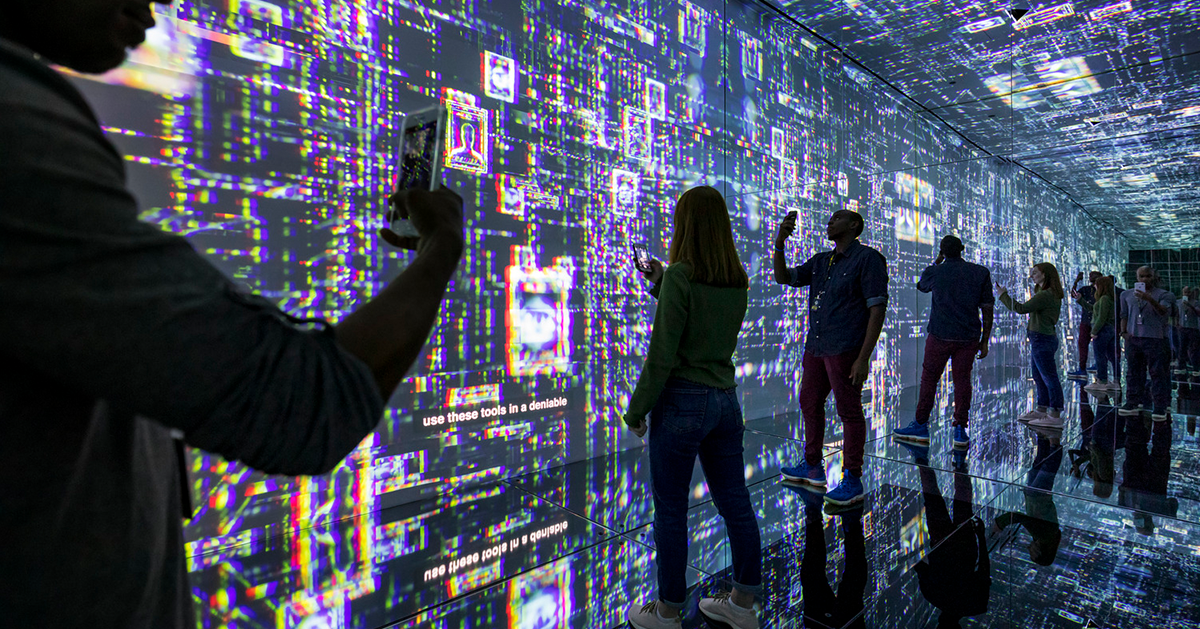 In comparing digital and physical leisure experiences, there are quite a few similarities. Both aim to transport the consumer to another time and place, away from daily concerns and worries. The difference, then, mainly arises from the social aspect of these experiences – a divide that was brought into the spotlight during the onset of the COVID-19 pandemic.

Digital leisure experiences, while being able to be enjoyed by a large group of people at the same time, is considered to be less of a social experience. Physical leisure experiences are all about togetherness, not only in the actual visit but in the travel, creation of shared memories, and more.

However, this isn’t to say the experiences can’t work alongside one another. In fact, they’re often complementary and can strengthen and support one another.

With the themed entertainment industry enjoying a Renaissance of sorts – a perhaps a true beginning – innovation empowered rapid expansion.

Some of the core aspects of theme park development, such as storytelling and construction, have and always will play a significant role in these experiences, but the impact of technology began to increase on its way to becoming a truly intrinsic part of leisure development.

Product/Service Innovation
The first type of innovation is often the most visible, as it concerns new products or services being launched. It can also be a new addition or a new method for presenting a product. A completely new theme park or a new ride system, such as dark rides, state-of-the-art projection and mapping, etc., can be considered a product innovation.

For example, an important example of service innovation that we see today are the cashless systems increasing efficiency among staff and increasing in-park spending.

Process Innovation
These innovations refer to “backstage” activities related to access, internal communication or logistics. Operational innovation relates to how the products, services and processes are put into place, and improving efficiency in an attraction’s daily operation, such as a boost from automation of routine, formerly manual administrative tasks, can be considered a process innovation.

Managerial Innovation
This refers to innovation related to human resources. Attractions are mostly about attracting talent and letting people develop careers. With managerial innovation, teams that operate and develop the theme park are empowered to remain motivated and are rewarded for continuing the success story.

Management Innovation
Management innovation is on another level and can exhibit spillover effects, particularly in managerial and process innovation. It mainly concerns organizational design, strategy, marketing, finances, leadership and human resources management for an attraction’s development.

Governance Innovation
Innovation can also happen at the level of administration, affecting the manner in which leisure is understood, lived, experienced and offered.

Crafting the Themed Entertainment and Leisure Experiences of Tomorrow

Development and innovations in the global leisure industry were driven by operators striving for excellence in the development of their business.

They used knowledge and expertise gained via success in their related fields and combined this with a passion for storytelling, innovation and construction to create an industry known for its constant search for improved experiences.

These successful cases from the past show us how the leisure industry can compete with new forms of leisure consumption and new, digital competition.

By embracing the opportunities that technology offers, we can continue to push the boundaries of innovation in a way that make attractions even more enjoyable and efficient.

Electrosonic has been a partner in developing attractions for over 50 years and offers the latest new innovations in designing, building and supporting audiovisual innovation.

Our experts are ready to discuss your vision for your attraction and support you with the right solutions to make your project a reality. To learn more, contact us today.

Can Upgrading Your Attractions Technology Now Save You Money in 2023?

The Return of the Briefing Center: Explore Its History, Evolution, and Future